In 2008 he graduated from the Kyiv National University of Construction and Architecture with a degree in Architecture of Buildings and Structures;

In 2014 he graduated from the International University of Business and Law with a degree in Finance and Credit;

In 2015 he graduated from the National University of the State Tax Service of Ukraine with a degree in Law / Jurisprudence, specialization in Financial and Legal Activities;

Since 2021, a graduate student of the Kyiv National University of Construction and Architecture.

From 2005 to 2007 he worked as Deputy Commercial Director of HETMAN HOLDING;

In 2007 he founded and headed the architectural company ARTEL VM CORPORATION;

In 2008 he founded and headed the advertising and creative company MOLOKO International Creative Laboratory;

From 2012 to 2013, commercial director of the construction company SPETSBUDKOMPLEKS;

In 2013, director of the Ukrainian-German construction company DEUTSCHE BAU GROUP;

On December 23, 2016 he became a co-founder and CEO of the architectural company CAPITAL STONE (CS)

In 2017 became a co-founder and head of the public organization NATIONAL CONTROL, which later changed its name to UA;

In 2017, he founded the media - the magazine NATIONAL CONTROL;

In 2019  became a co-founder of the investment and construction company GREENFIELD INVESTMENTS;

In 2020  developed the concept of reforming the construction industry in terms of electronic transformation and the creation of a new architectural and construction control:

In February 2020 was shortlisted for the winners of the NAPS competition for the Head of the State Architectural and Construction Inspectorate;

In March 2021 was shortlisted for the winners of the NAPS competition for the Head of the State Inspectorate for Architecture and Urban Planning;

Since April 2021, the chief architect of the project "PRESIDENTIAL UNIVERSITY";

Since December 10, 2021, Chairman of the Board of Directors of the NATIONAL SCIENTIFIC AND TECHNOLOGICAL ASSOCIATION OF UKRAINE 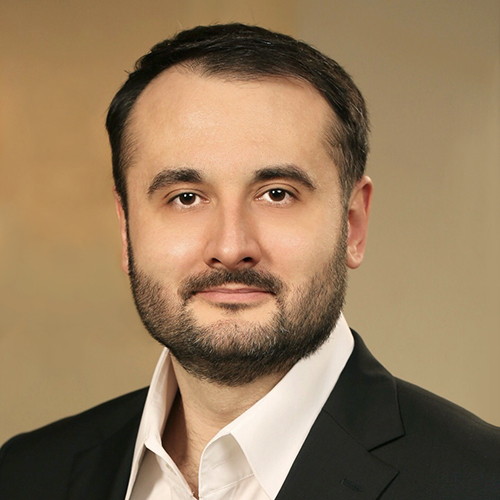