Ukrainian violinist, who is called the "Ukrainian Paganini", pianist, founder of the band "PapaDuke", which travels around the world, playing music in the styles of world music, latino, gypsy, jazz.

From the age of seven, he studied at the Kyiv Specialized Mykola Lysenko Music School.  Then he entered the P. Tchaikovsky Kyiv Conservatory, from where in the last year he transferred to the correspondence department of the M. Lysenko Lviv Academy of Music.

He served his military service in Kyiv in the song and dance ensemble, which constantly gave concerts for the liquidators of the Chernobyl disaster.  Later, doctors recommended Vasyl Popadyuk to change his place of residence, and in 1988 he went to work in Moscow.  Here at the "World Music Theater" under the leadership of Volodymyr Nazarov, he mastered playing ten new national instruments of the world, learned the art of reincarnation.  In 1993, he returned to Kyiv, where he played in the ensemble "Hopak", collaborated with the State Gypsy Theater "Romans".

Lives and works in Toronto (Canada) since 1997.  He is married to the daughter of Ukrainian politician Stepan Khmara, a fighter for the independence of Ukraine.

In 2003, he took part in the Canadian television show "Big Musical Canadian Dream", where he competed with 15 thousand other musicians.  In the final, he performed a Hutsul fantasy and took second place.

Among his many fans are Don Was, Tom Cochrane, Ian Gillan (whose solo album Vasyl was asked to play) and Jesse Cook.  In the past, he has frequently appeared as a special guest with Mediterranean guitarist Pavlo in Canada, the USA and the UK.  Most recently, he appeared several times as a special guest of world music guitarist Jesse Cook, who asked Vasyl to play on his new album BEYOND BORDERS.

Honored Artist of Ukraine.  In 2016, he was awarded the Ukrainian "Person of the Year" award. 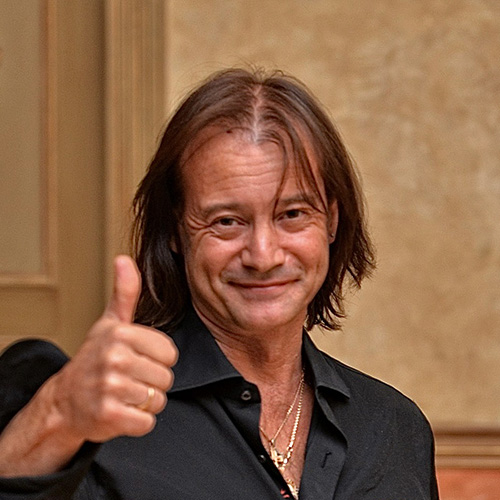